ADHD and autism are often confused, even by non-autistic psychiatrists. This leads to misdiagnosis or a lack of diagnosis, because the confusion creates misinformation. Read on to learn the difference between autism and ADHD.

At a glance, autism and ADHD traits have a lot of overlap, so it looks like someone might be both autistic and have ADHD. It may also look like someone has to only be one of these diagnoses, when it’s not so easy.

Autistic people and those with ADHD obsess over things that catch their interest, but in different ways. Both enjoy talking about these obsessions, but the interests affect their lives differently.

Click here for more details about special interests vs hyperfixation.

Autistic people with ADHD tend to experience both. In the moment, differentiating between a special interest or hyperfixation can be difficult. They might know which one they’re experiencing until interest dissipates.

Rejection-sensitive dysphoria (RSD) is an overwhelming feeling or response to criticism. For example, a person with RSD would become overly upset or feel depressed for days if they feel they are excluded from a conversation between co-workers.

For the sake of this post, passing means passing as neurotypical/less neurodivergent/acceptable to society.

Another example of ADHD vs. autism differences

Autistic people may drive extra safely, but require special preparation to avoid meltdowns on the road.

People with ADHD may be excited about driving and impatient. They may experience road rage.

Autistic people with ADHD may be excited to drive, but seesaw between the above experiences. They may not know when they’re going too fast or too slow.

What if they don’t experience some of these things?

Autism and ADHD are two spectrums. Apart from vital diagnostic criteria, everything else is a maybe. It boils down to their motivations: Autistic people are motivated by special interests. People with ADHD are motivated by dopamine.

What if I/my child with autism relate(s) to ALL of the above??

Then you/they might have both. Embrace Autism is one of the best autism resources, as it was founded by a late-diagnosed autistic psychotherapist. The Embrace Autism team explains autism, ADHD and other diagnoses without the jargon and makes obtaining diagnoses more accessible.

Are you wondering if your child is dealing with ADHD vs Autism or perhaps both? Use this information as a guide to get started in discovering the ways that neurodiversity affects your family and how you can be most supportive.

Click here for a free PDF printable checklist of the 7 steps to take when your child needs residential treatment. 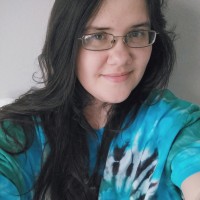